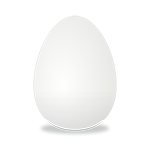 • A number of shadowing improvements have been added

• Improvements have been made to the pitting process to prevent the player getting stuck.

• Corrected an issue where save data is reported corrupted

• Reduced the frequency of penalty warnings given for minor collisions

• Reduced the frequency of punctures received from standard tyre wear

• A number of localisation issues have been resolved.